Gateway to the West Country, Somerset is a land of myths and legends. Lively with agriculture, this vibrant county provides residents and explorers a thriving slice of English culture and countryside; from historic cities, towering cathedrals and ancient castles, to contemporary art, star gazing and fine cyder.

The house, called simply “Lynch” (and latterly renamed Bossington Hall in 2016) was built in 1911 by Allan Hughes, one of the last great independently minded nineteenth-century ship owners. Starting in a shipping office after he left school, he later established the Federal Steam Navigation Company and took over the New Zealand Shipping Company. Both companies were engaged in the meat trade with Australia and New Zealand – their vessels dominated the trade with the Antipodes – and were the first to introduce refrigeration into the holds of ships. The ships insulation can be found lining the floors of the house! The company was taken over by P&O of which he became a director, looking after his own ships, and was still chairman of the New Zealand Shipping Company at the age of seventy-six!

Mr Hughes used to rent a house at Chapel Knap, Porlock Weir, for the stag hunting and would look across to an orchard lying under the woods opposite and say, “That is the place to build a house; there is always a patch of sunlight there.” Eventually he bought the land (about forty acres) from the Clarke family, converted an old cart shed into a cottage (later to become Gate Cottage) and the house was built by John Cooksley, a local builder, from plans drawn up by the architect C.H.B. Quennell in the Lutyens style. (Quennell is perhaps best known for his many volumed History of Everyday Things which he wrote with his wife, Mary, and which has been a standard reference book in every school library for decades.

A bowling green and squash court were built in the grounds and later a tennis court. The old Lynch Mill, which at some point lost its top storey, was converted to stables for a dozen horses and garages, with a flat for the stud groom while kennels were constructed half-way down the drive. In 1923 a nursery wing was added, so that there were then twenty-eight bedrooms (including those for the servants), six bathrooms and a dairy. During this time there was hardly a family in Allerford which did not have someone employed at Lynch Country House.

The eight acres of gardens had been planned and laid out by Mr Hughes’ wife, Googie, and there were six gardeners, one of whom was responsible for supplying flowers to the house daily; three grooms and a chauffeur (who drove Googie out every day in a pre-war Buick) and seven indoor maids. One old lady tells how she left school at fourteen to work at Lynch Country House where she was treated like a daughter. Men were not employed in the house as Mr Hughes said they were dirty, stole your silk handkerchiefs and drank your port! Another local lady remembers, as a child, visiting the house from Selworthy and sitting in the big room making hassocks for the church.

The gardens were not formal, although there was a fine rose garden and glasshouses, together with a water garden and shrubbery. Enjoying a micro-climate, there are palms, Canna, Crinodendron, Clerodendrum, Ginkgo biloba, and many other sub-tropical plants in the garden. In spring the sloping orchard near the entrance and the bank on the right of the drive form a carpet of daffodils. One local person remembers, as a young woman, picking these and bunching them, ready to send to Covent Garden.

Two more cottages were built on Bossington Green. After the Great War Mr Hughes purchased one thousand acres of moorland on Dunkery to preserve hunting. In 1934 this was given to the National Trust by his wife with a covenant preventing the Trust from banning hunting. At this time Mr Hughes, and some others, bought the Deer Park near Oare from Sir Edward Mountain (of Eagle Star Insurance) and formed the Badgworthy Land Company to preserve the land for hunting.

In the years following the Second World War, when there was rationing, five acres of Allerford Meadow were ploughed to become a market garden, but the venture was a failure, with crops either not ready for market or ready when there was a glut, so the area was reseeded. In order to maintain the labour force another field was purchased with a range of farm buildings – again from the Clarke family – where pigs, poultry and sheep were kept. Sir Gonne Pilcher, Mr Hughes’ son-in-law, was the first to introduce the Danish Landrace pig to the area. Lettuces, tomatoes and chrysanthemums were also grown under glass. This continued until 1966, when Sir Gonne died.

At the centre of the house is the Big Room, the family sitting room with space to entertain up to two hundred people, which at one time had two fireplaces, one with a surround of Italian marble. There is some wonderful oak in the house, much of which is old ships’ timbers. The attic is vast and wood-lined with cedar wardrobes to house the fur coats. The cellars have water filters, sluices and slate shelving with wine racking fit for a king. Sadly, the servants’ hall has been divided but the fine old settle (from a ship) is now housed at Taunton School. The last family member of the four generations to live at Lynch Country House said of the house “It is grand but not at all pretentious”. Although the house was only built as recently as 1913, its manners are perfect and its grey stone fits in so well with the surroundings; it almost looks as if it has always been there. There are superb views across Exmoor to Dunkery Beacon and in the other direction to Porlock Bay and down the Bristol Channel along the North Devon coast.

The House was Sold at Auction

In 1982 the house was sold at auction and by Easter 1983 the new owners had carefully converted it into seven self-catering holiday apartments, keeping the rest of the house for themselves. The house had its own reservoir in Lynch Combe (which can still be seen) but now mains water and sewerage were installed, although water from the reservoir is still used in the rose garden. The fine leaded windows in their oak frames, the oak doors and original cupboards were all retained.

The land surrounding Bossington Hall is part of the Holnicote Estate which once belonged to the Acland Family who, in 1940, gave it to the National Trust. This had the great advantage that there has been no unsightly development locally and the villages remain peaceful and quiet as they have done for hundreds of years. Lynch Country House, although a relatively recent addition, thankfully enhances this special landscape.

The house was Sold Again

In 1998 The house was sold again, to a German family who were existing guests at the house. They maintained the house as apartments for the next 18 years. Finally, it was sold again, to the current owner, in 2016. In order to have a fresh start, and there being another ‘Lynch Country House’ in nearby Somerton; the house was re-named “Bossington Hall”. He converted the house back to a single magnificent country house, re-opening the corridors that had been lost due to the apartmentisation, installed a modern heating system and brought the house both forwards to the new millennium, but also back to the grace and elegance of the Edwardian period. The Covid pandemic of 2020 has had an effect on the whole world, and Bossington Hall is no exception – and the owner decided that in 2021 a Luxury Bed and Breakfast would be the correct business model to follow.

Why not stay with us in the best B&B in Somerset, and find out more? 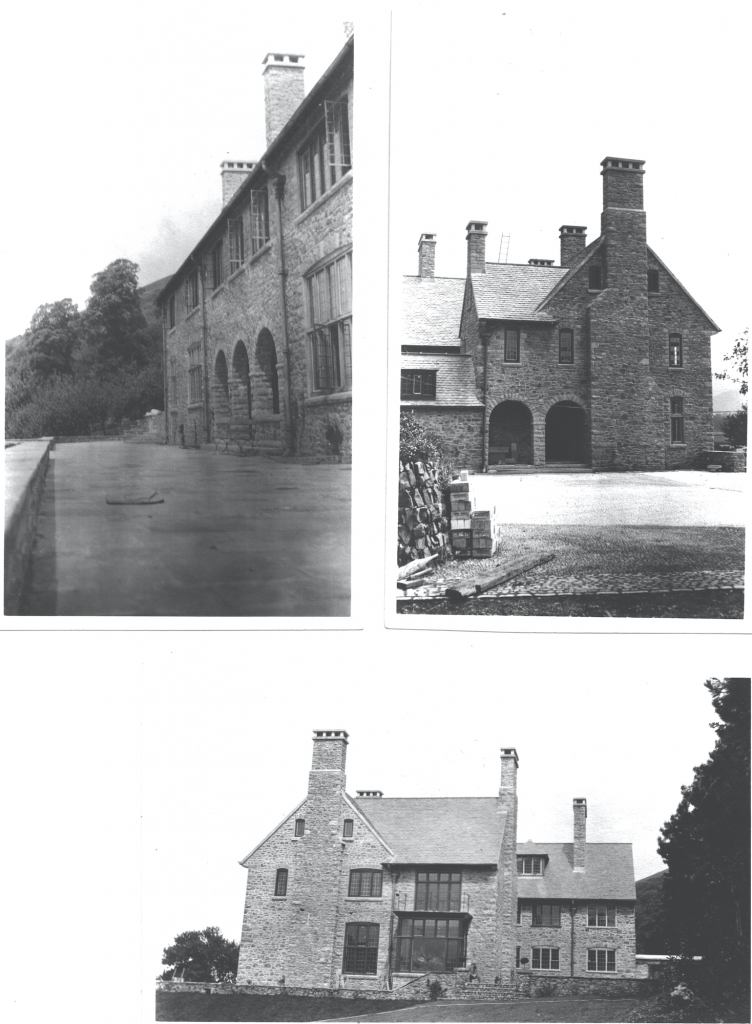